Articles and chronicles
Back to articles
Share this article
Category : Women Entrepreneurship

At 59 years of age, Mathilda Fontaine, a young retiree, has the wind in her sails with her creation, design and fashion business which is gaining in notoriety and popularity. Création Puamun refers to the name of her little girl and means Dream, because for Mathilda, her business involves making one of her dreams come true!

A personal project at the start

Mathilda did not learn how to sew from her mother who was not a seamstress. She started out on her own and is completely self-taught. 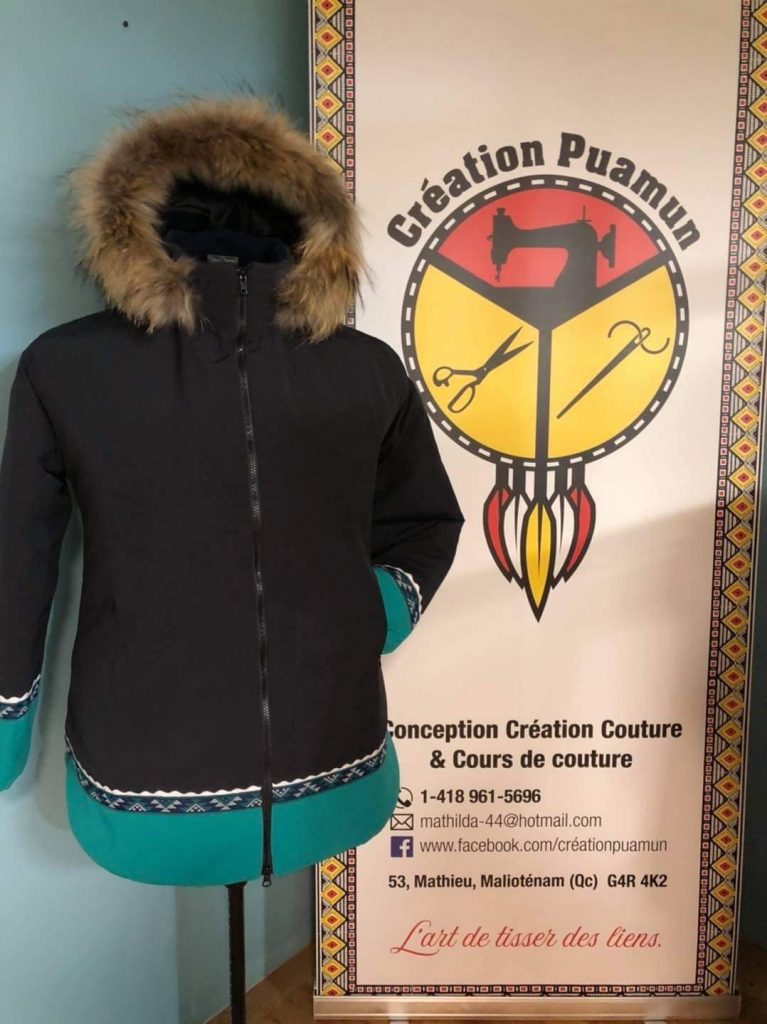 Here is a funny anecdote that led Mathilda down this path to making her dream come true. One morning, she sent her husband to buy a car seat prior to the birth of their second child, and by mistake the store gave him a sewing machine. Mathilda found this very funny and decided to keep the sewing machine. She then decided to buy a pattern, some fabric and thread, in order to try her hand at being a seamstress. She created a first piece, which was far from perfect, but since she loved the experience, she decided to do a second project that consisted of making Halloween costumes for her two children. Subsequently, she moved on to creating traditional dresses, skirts, and so on, and a few years later came a desire to master the art of being a seamstress.

In 2015, she decided to take sewing lessons shortly before retiring. At the time, her employer agreed to her taking a year-and-a-half of unpaid leave. Despite some fears and apprehensions, the support of her husband and children helped her to give it a shot. At 53 years of age, Mathilda left her community of Maliotenam and began her studies in Quebec City. She believes that the classes she took were worth the effort, as they allowed her to acquire sewing techniques she did not have, in addition to honing the skills she had learned. She saw an evolution in the quality of her work and was able to perform more complex projects such as the creation of prom, evening and wedding dresses.

She is now retired and works as a seamstress full time in her workshop, which is set up in her home. As she is so passionate about sewing, she sometimes wakes up in the middle of the night after dreaming of a dress model that she could make. Unable to fall asleep again, she goes down to her workshop to design it. She receives orders from all over Quebec via her Création Puamun Facebook page but especially through word of mouth thanks to customers who are pleased with the quality of her work.

At the start of the pandemic, she received a request to make 750 masks. Considering the situation, she couldn’t ask another seamstress for help with this big contract. Therefore, she decided to give her husband a challenge and to teach him how to sew. With his help, she was able to agree to make all these masks. The production could therefore be carried out to the delight of the people working in the health centres of several Indigenous communities.

June 3, 2020 is a special day for her. The Premier of Quebec wore one of her designs as part of the first anniversary of the presentation of the MMIWG report. Her creation was seen by thousands of people and was even mentioned on the Premier’s Facebook page. Such a great honour for Mathilda! 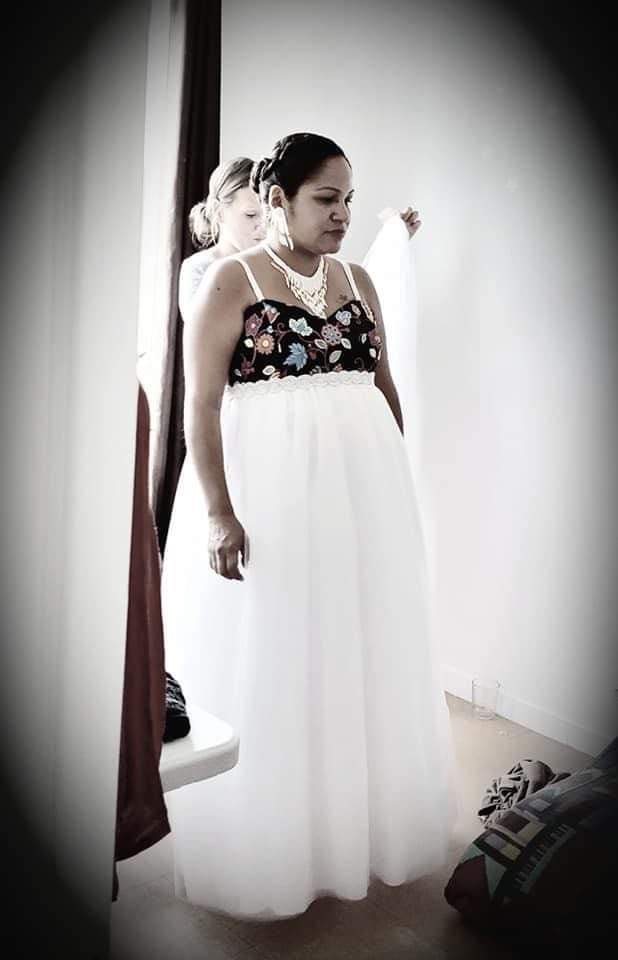 Another dream of hers would be to organize a fashion show featuring all of her designs. She would like to ensure that all generations are represented. She has even already visualized where she would like to hold it. All the clothes and accessories made by Création Puamun would be presented, including prom, evening and wedding dresses, regalias, traditional skirts and dresses, Inuit coats, bags, purses and baptism dresses. What makes Mathilda’s designs unique are the patterns and fabrics she uses that represent First Nations. More and more, members of Indigenous communities want to show their colours. Mathilda is committed to making unique creations for her customers and never making the same thing twice.

er third dream would be to open a fabric shop. She knows that the demand for these products is great, and that the artisans in the communities lack the fabric choices offered in stores. She is currently reflecting on this project.

She will be offering sewing lessons to women in her community in collaboration with the Uashat mak Mani-Utenam band council. Note that if you would like to receive some tips and tricks, Mathilda shares short videos on her Facebook page, and also answers questions from Internet users and offers private sewing workshops.

Mathilda is a passionate businesswoman and working as a seamstress makes her feel great! She is proud to have started her own business, to be able to work from home and to manage her schedule. She would like to thank her husband, who encourages her to meet all challenges and to never give up. Thanks to his moral support and physical help, she was able to fulfill one of her professional dreams and promises that there is much more to come in the future. We wish her the best of luck!

Would you like to procure one of Mathilda’s creations? If so, you can contact her on the Création Puamun Facebook page or by sending an email to mathilda-44@hotmail.com.

To discover other projects and initiatives led by women, we invite you to visit our women entrepreneurship section.