The First Centre for Indigenous Artists in Montreal: Interview With a Wendat Artist 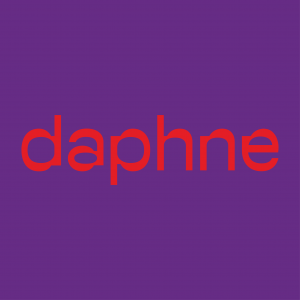 Daphne’s goal for exhibition and community programming is to reflect diversity in the creations, actions and practices of Métis, Inuit and First Nations commissioners and artists. Their mandate is to support artists at all levels of their careers. 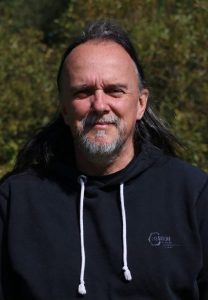 The opening took place outside the Daphne Art Centre on May 8th with a traditional Wendat song presented by this artist who will have his exhibition PARURE on display until June 26th. As part of this exhibition, you will be able to discover several of the artist’s works: thirteen silver pieces, a Wendat headdress specially made for the exhibition as well as two works he revisits by Wendat artist Zachary Vincent (1815-1886). Michel is an artist from Wendake who makes jewelry representing tradition and modernity. His work is therefore of capital importance and richness for the cultural heritage of the community.

Now 56 years old, this renowned Wendat artist emphasizes that his artistic interest began at an early age. At the age of 12, Teharihulen Michel was already making soapstone beads, pipes and pendants. It was at the age of 37 that he decided to take a two-year course in jewelry-making at the Maurice-Barbeau training centre in Sainte-Foy. He wanted to learn how to work with metal because he was very interested in the silver brooches that were worn by his Wendat ancestors. The artist says that metal adornments, jewelry, brooches and armbands were all elements of communication as much as the clothing worn by his people. This jewelry served as means of identification between the different Indigenous communities. When these metal ornaments were seen, members of neighbouring communities knew that the people wearing them were likely Iroquois.

Presentation of a course on trade jewelry 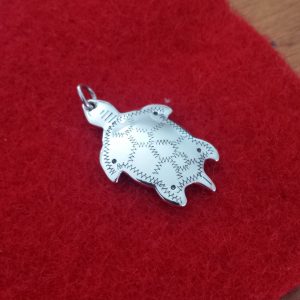 In order to encourage the next generation and perpetuate the tradition of making metal jewelry in his Wendat community, Teharihulen Michel will be facilitating courses on trade jewelry at the Centre de développement de la formation et de la main-d’œuvre Huron-Wendat at the end of June. He hopes that some participants will be able to discover a great interest in this art and develop a passion and another vision that can thereby maintain this tradition and thus ensure the survival of metal jewelry in the community.

Michel explains that you have to be passionate, persevering and put in the necessary effort if you want to make it in the professional field of jewelry making. He also stresses the importance of interacting with other artists, starting jewelry lessons and, over time, acquiring the right tools. “The investment of time and passion will lead to success”.

We encourage you to explore the works of Indigenous artists that are on display at the Daphne Art Centre. Art also helps build bridges and strengthen ties between different nations.

To discover other projects and initiatives led by women, we invite you to visit our women entrepreneurship section.